‘The Future is a Decision,’ Osinbajo Advice young people to play more active roles in their country’s politics; 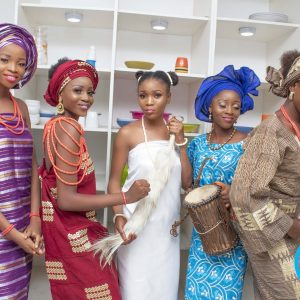 “It is the strength of your ideas and the depth of organisation that will retire those ahead of you,” the vice president charged.

Speaking on the theme, ‘The Future is a Decision,’ Osinbajo said increased participation by majority of the country’s youths would, more importantly, help them to contribute to making meaningful changes which only those in government can can bring about.

“It is evident just from voter-turnout alone that the vast majority of young people either do not register to vote or do not vote.

“Those who even participate at all would rather engage within the very constrained space of social media platforms or join pressure groups.

“Neither of these is necessarily bad, but while media engagements and pressure groups may draw attention to the issues, they do not transform the lives of millions for good or ill. So, if you are keen on how the future will turn out, you must be involved in politics.”

Osinbajo added that “growing up, I was also in a number of pressure groups, concerned with corruption, human rights and democracy.

“I wrote papers and argued at conferences but it was only in 1999 when the AD won elections in Lagos that I was able to serve as Attorney General, and working with several colleagues, we carried out a major reform of the justice sector in Lagos State. We had to participate politically, otherwise all our great ideas may never be tried.”

The vice president added that it is crucial for young Nigerians, with like minds, and who are already involved in politics, to influence others to also participate, You are in your prime, at your most creative and most prolific stage. You also have the largest numbers.“Clearly, you underestimate your role and abilities if you do not see your role as taking over the ideological and intellectual direction of the party. The big ideas, the great solutions, the creative plans, must come from you. And this is your moment.

Vice President Yemi Osinbajo returns to his seat, to applause, after speaking at the maiden APC Youth conference,“Politics is about service to the people, but at the heart of that is that it is about ideas, and, of course, numbers. Movements of every kind are activated around ideas, and numbers. The larger the number of those persuaded by an idea, the stronger the movement.

“So being involved and getting others involved is crucial. The task then is to aggregate the majority of the party around your preferred point of view.

“That has to be done by standing firm on sound principles, but also being ready to give-and-take on methodology for achieving shared objectives and common causes.

issues that matter most to the majority.

“It is the strength of your ideas and the depth of organisation that will retire those ahead of you, not your age,” the vice president charged.